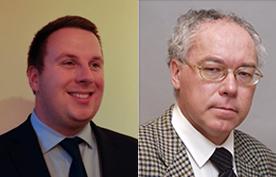 Related documents:
Download "History does not always move forward - Brexit and the possible future relationship between the European Union and the UK"pdf
Close menu