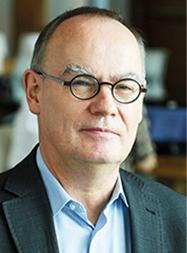 The debt which is acquired by the ECB under the PSPP is de facto already mutualized. The ECB could transform the liquidity surplus that has resulted from its purchasing programmes into new tradeable securities. The issuance of securities by a central bank is a market friendly instrument of open market operations, which already is used by many central banks all over the world. This would be a much smoother way of reducing bank liquidity than the other option: reselling its portfolio of bonds acquired under the PSPP. Second, a sizeable issue of ECB-securities will create a deep and liquid market for EMU-wide common safe assets, which gives the ECB the opportunity to conduct its open-market operations in the future exclusively in its own securities. Moreover, the presence of a well-developed market in a European common safe asset would greatly reduce the fragmentation risk of the eurozone. The debt acquired under the PSPP could remain on the Eurosystem’s balance sheet into eternity, meaning that the relevant public debt ratios of all member states decline substantially. To eliminate public hazard and to make sure that this de facto bail-out will never be repeated, it should be included in the TFEU that in the future the ECB is no longer allowed to purchase public debt of any member state. This is the package deal: member states must accept a much stronger EMU with more market discipline and a well-developed market in common safe assets. The bonus: a reduction of public debt ratios by approximately 25%.