The Belgian Economy in Corona Times: The Covid-19 Pandemic is Causing an Unprecedented Economic Rollercoaster

The corona crisis is taking a high human toll, but clearly also has a significant impact on the economy. In this article, we offer an update of KBC’s economic outlook for the Belgian economy. We are aware that this numerical estimate, even more than in normal times, is uncertain. Nevertheless, we want to provide new economic insights. They take into account the latest developments in the spread and medical impact of the Covid-19 virus and policy responses to mitigate the impact on public health and the economy. In our analysis we take several possible scenarios for GDP growth into account: a base scenario and an optimistic and pessimistic scenario, which we currently assign a probability of 50%, 15% and 35% respectively. In a box added to the article, we also provide an estimate of the impact of the crisis on Belgium’s public finances. 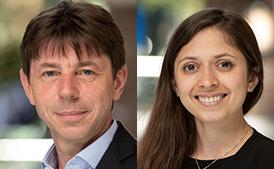 In recent decades, emerging markets have become more integrated into the global financial system. High-yielding emerging market government debt (‘emerging debt’) gained growing interest from investors, especially against a backdrop of historically low interest rates in developed markets. Given the higher risk typically associated with emerging market assets, and a general growing interest in socially responsible investing (SRI), it is important to be able to assess whether emerging debt meets certain criteria related to economic stability, good governance, and environmental and social impacts. In connection with the SRI funds offered by KBC Asset Management, in this research report we present the sustainability screening of a wide group of emerging markets (the KBC Emerging Markets Sustainability Barometer) to arrive at a ‘best in class’ sustainable investment universe. The Central and Eastern European countries score quite well in the ranking. Countries from the region secure the top 5 spots and 11 out of 18 emerging countries that are eligible for investment in KBC's SRI bond funds originate from the region.

Residential property in the EU28: Unity in diversity

In recent years, there was a broad-based recovery in Europe’s housing markets. Since the second half of 2016, a majority of EU countries are again recording annual house price increases of above 5%. The price rally has prompted public debate as to whether EU property markets are overvalued. In general, fundamental factors, such as disposable income, interest rates and demographics, can explain much of the recent rally seen in the EU28. The upturn can, in particular, be linked to the prevailing low interest-rate environment and to the economic recovery that started early 2013. Looking forward, the sustained positive growth environment will likely provide sufficient counterweight to rising interest rates. Therefore, further house price increases, albeit at a notably more modest pace than of late, are the most likely scenario for the coming years. The main risks facing Europe’s housing markets are to emerge in circumstances where there is: (1) a severe growth slowdown combined with rising unemployment, (2) an unexpectedly strong and sudden increase in interest rates, and (3) a decline in popularity of real estate as an investment. Based on our assessment of valuation metrics and household indebtedness indicators, vulnerabilities to such shocks seem the largest in Sweden, Luxembourg and Austria.