The New Kid on the Block: ICOs

Initial coin offerings (ICOs) extend the universe of funding sources for firms. Indeed, ICOs are a fast, cheap and convenient way to raise for firms. Also, they offer a number of potential benefits for investors such as access to a product or service or financial gain. Moreover, ICOs eliminate the need for a trusted intermediary by recording smart contracts in a public and immutable blockchain. Despite this claim and its advantages, however, ICOs still require a leap of faith from investors as important risks should not be overlooked.

In recent years, the financial sector has been characterised by an increasing degree of digitalisation and the introduction of numerous new applications, processes or products under the impetus of technological innovations and changed preferences of the consumer. Digital transformation and fintech are concepts that are closely intertwined. They are characterised on the one hand by the entry into the market of new innovative service providers and on the other hand initiatives of existing institutions whereby the organisation, the processes, the service provision and the product range are improved through technological innovations. Fintech and digitalisation have a significant impact on individual banks but also on the sector as a whole. In order to gather a sector-wide insight into the important trends and evolutions regarding fintech and digitalisation in the Belgian financial landscape, the NBB has started an analysis, based on a survey among and discussions with Belgian banks, to solicit general insights into and observations about fintech, views on certain specific business models and technologies, and the concrete fintech strategy followed by Belgian banks. This report summarises the results of that analysis and wishes to contribute to raising awareness about the risks and opportunities of fintech. It also aims to share knowledge about the development of fintech in the Belgian banking sector, and to provide support to institutions in dealing with certain fintech-related challenges, by sharing best practices observed.

Equity- and debt-based crowdfunding in Belgium: Developments over the 2012 – 2017 period

Crowdfunding entailing a financial return has gained ground in Belgium. Since 2012, different platforms of crowdfunding providing crowdlending, equity-based crowdfunding or both have emerged. In order to assess the scale and the characteristics of the existing crowdfunding market, the Financial Services and Markets Authority (FSMA) decided to conduct a survey of the five main crowdfunding platforms operating in Belgium: Lita.co, Ecco Nova, Look&Fin, Spreds and Bolero Crowdfunding. Each platform was surveyed about the crowdfunding campaigns launched during the period from January 2012 to December 2017. The objective of the present paper is to report the main findings of the analysis of the collected data.

MIFID II: Assessing the Market for Investment Research One Year On 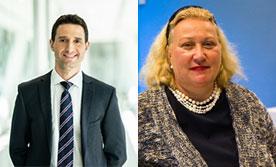 Fiscal rules are important commitment devices to limit fiscal profligacy. They have been an integral part of the euro area architecture and were introduced to insure against weaknesses in the functioning of the market discipline. Nonetheless, they have failed to provide sufficient fiscal discipline and avoid excessive market volatility. However, despite prevalent noncompliance, rules did –on average– influence the behavior of fiscal authorities. The evidence shows that well-designed rules worked better than others. Elevated debt levels and the record of weak compliance and lax enforcement make fundamental reform of the EU fiscal rules more urgent than ever. These reforms should aim at making the rules simpler and more transparent, and better aligning political incentives with rule compliance.

How to assess the adequacy of capital requirements based on internal models?

This article mainly summarises the content of a talk that Susanne Roehrig held at the Financial Forum in April last year. First it provides an overview of the general mechanics and relevant policies for the calculation of minimum capital requirements for credit risk. In the following the Article focuses on the assessment of capital requirements based on internal models (IRB) as mandated in Article 78 the CRD. This assessment includes a benchmarking exercise and entails tasks for EBA as well as for competent authorities. The methods and key results contained in EBAs report on the results from the 2017 Low defaults portfolios (LDP) exercise are summarised and some, more recently published results of the EBA Report on the results from the 2018 low and high default portfolios exercise are referred to. Lastly a possible amendment of the focus of EBAs benchmarking exercise as regards credit risk is discussed.

The budgetary situation of the local authorities in Flanders does not cause concern. Most municipalities recorded a surplus on their accounts at the end of last year and the municipal debt is also decreasing. A prudent spending policy axed at controlling the labour costs together with somewhat less investment spending are at the heart of this result. This being said, the future may be somewhat less rosy as rising pension costs and tax shift related lower municipal revenues are to be expected.