Robert Triffin and the international monetary system: past, present and future

This article contains the speeches from the Symposium for the publication of the book “Robert Triffin: A life”, on October 11, 2021 in Brussels. 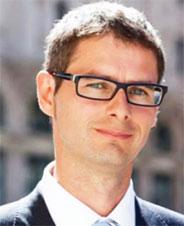 As they go through a remarkably rapid recovery out of the Covid-crisis, companies are already hitting new barriers to growth, most importantly issues concerning the delivery of inputs and labour market tightness. Especially the latter requires an urgent and structural policy response. Meanwhile the major transitions in our society related to sustainability, digitalization and population ageing offer significant opportunities for companies. To capture these opportunities our capacity to innovate will play a crucial role.

Report by Frank Lierman, president of the Editorial Committee of Bank- en Financiewezen, of Koen Dejonckheere’s presentation during the Belgian Financial Forum Webinar of 5 October 2021.

Update on Asset Management and Non-bank Financial Intermediation in Belgium

This article summarises the main findings of the most recent joint update report on asset management and Non-bank financial intermediation (NBFI) by the Financial Services and Markets Authority (FSMA) and National Bank of Belgium (NBB), published on 6 May 2021. It is the third update of the joint NBB-FSMA report on Asset management and NBFI, formerly referred to as shadow banking, which was submitted to the Minister of Finance and the High-Level Expert Group (HLEG) , and subsequently published, in September 2017.

Our financial world: lessons to be learned from Fabrizo Saccomanni

This is the speech given by Mr. Jacques de Larosière during the VILLA VIGNONI Euro-Workshop on 16 September 2021

Since the outbreak and global spread of COVID-19, central banks and governments worldwide have provided massive stimulus to the economy. Looking ahead, however, the question rises whether monetary policy by central banks and fiscal policy by governments will be able to respond with the same vigour and effectiveness to future crises, given structurally low interest rates and higher government debt. This article takes a closer look at the different options to build back fiscal buffers. Do countries need forceful consolidation, can countries grow out of debt or should central banks simply cancel the debts? The analysis is two-fold. The first part empirically assesses the potential of some traditional avenues to bring public debt dynamics in Belgium under control. The second part is more conceptual, critically evaluating the rather heterodox proposal of cancelling government debt on the central bank balance sheet.

Though the EU is simultaneously a free trade area, a single market and (for most of its Member States) a currency union, it is still characterized by poor economic integration and significant cultural differences between its Member States. These features argue against the Next Generation EU budget that became a reality last year. This budget implies a significant increase in net fiscal transfers between EU member states, to be financed by joint debt issuance. Given the poor economic integration of the EU, federal fiscal modesty is in order, unless one wants to adopt the Belgian model, with permanent fiscal solidarity between north and south and little prospect of economic convergence.

Report by Frank Lierman, president of the Editorial Committee of Bank- en Financiewezen, of the Belgian Financial Forum Webinar given by Stijn Baert, professor at the University of Ghent on 15 of September 2021. 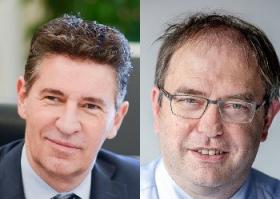 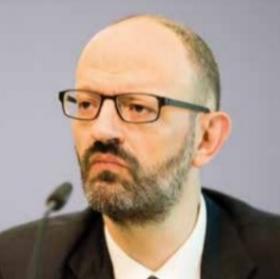 Report of the speech given by Francesco Mazzaferro, Head of the ESRB Secretariat, during the Belgian Financial Forum Webinar on May 27, 2021. Prepared by Frank Lierman, Chairman of the Editorial Board of the Revue bancaire et financière/Bank- en Financiewezen